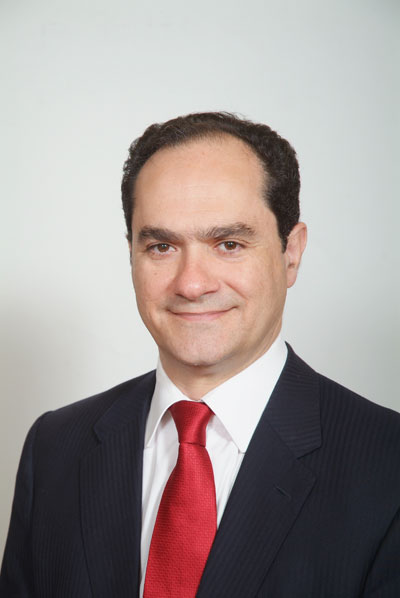 PROFESSIONAL EXPERIENCE:
Attorney – at – Law with the Supreme Court – Member of the Athens Bar Association. (1986 – until present).

Legal consultant of many Greek and European companies on Greek and EU Legislation.

Legal consultant of the Greek Nursing Home for the Elderly.

Attorney-at-Law of the family of the Patriarch of Alexandria Peter VII regarding the CHINOOK fall on Saint Mount 9/11/2004.

President of the EEC Youth Committee (1994).

Member of the Board of Directors of the National Insurance Company (Ethniki Asfalistiki Etaireia) (1993 – 1996).

Political and Legal Consultant of the Minister of Education of Professor Fatouros since 1993 up to 1994.

Political and Legal Consultant of the Minister of Labour and Social Security Mr Miltiadis Papaioannou since August 1997 up to 1999.

Political and Legal Consultant of the Minister of Labour Mr Dimitrios Reppas since 1999 up to 2002.

PARTICIPATION IN THE LEGISLATIVE PROCESS:
Participated in the Legislative Committee of the Ministry of Environment and Public Works for the harmonisation of Greek legislation with EC Directive 91/689/EE, L 377/91 regarding the administration of toxic and dangerous wastes.

Participation in the Legal Committee of the Ministry of Labour for the flexibility of the Labour Market / LAW 2643/1998.

“International Law and the Transfer of Technology”, unpublished study submitted to LSE.

“The Place of Origin of Products Distributed in the European Union”, independent, unpublished study for a client.

Participated in the collective INE (GSEE) study regarding unemployment in Greece on the topic of “The Problem of wages in the Greek Economy”.

“The Legal Problems concerning the Restructuring of Foreign Debt”.

GOVERNMENT POSITIONS:
Member of the Board of Directors of the National Insurance Company (Ethniki Asfalistiki Etaireia) (1993 – 1996).

Consultant to the General Secretary of the new Generation for European Matters (1994).

President of the Youth Committee of the EEC (1994).

Consultant to the Minister of Education, Mr Dim. Fatouros, for European Affairs ( 1994).

Consultant to the Minister of Labor Mr. Miltiadis Papaionnou since August 1997 up to 1999, on issues such as restructuring of labour market, immigration policy, European Policy, Social Dialogue.

Consultant to the Minister of Labor Mr Dimitrios Reppas since 1999 up to 2001, on issues such as restructuring of labour market, immigration policy, European Policy, Social Dialogue.

BOOKS:
“The Rights of Working Youth”, General Secretariat of Youth, 1997.

Editor and translator of the book of the former Premier of France, Michel Rocard, entitled ” The Rules of the Game”, prefaced by the Greek Prime Minister Konstantinos Simitis, Athens, 1992.

PROGRAMS:
Participation to the Program ” Personnalites d’Avenir” organized by the French Ministry of Foreign Affairs (June 1997).

Participation to the Program “Young European Leaders” in the context of “The International Visitor Program” organized by the United States Information Agency (January 1999).